You Heard it Here 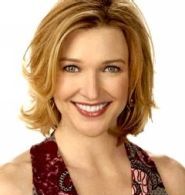 Remember when Nick was hinting about designing a gown for an awards show? Well, apparently, it's for Brenda Strong at the SAG Awards. I can't wait to see the dress!

Edited to add: I do not believe that this has anything to do with the Project Runway challenges. I have written to Nick and David for confirmation. And I have it - this is positively independent of the show.

A Little SAG's a Good Thing for 'Runway' Designer
We won't know who gets to make acceptance speeches at the 12th Annual Screen Actors Guild Awards until the ceremony is simulcast live Jan. 29 at 8 p.m. (ET) on TNT and TBS, but we already have a winner: Nick Verreos, the infectiously ebullient designer competing in the second season of Bravo's fashionable hit "Project Runway." He has been asked to design a gown for Brenda Strong, who plays the voice (and first fatality) of ABC's "Desperate Housewives"-the cast of which is nominated for outstanding performance by an ensemble in a comedy series. Mr. Verreos won the challenge to design a frock for My Scene Barbie in "Runway's" third episode with a kicky geometric-print skirt topped by a bright green halter that will be sold on a limited edition of the doll. "Runway"-smitten Blink can hardly wait to see what he turns out for Ms. Strong and is already clapping as enthusiastically as Mr. Verreos did last week when introduced to Sasha Cohen, the Olympic figure skater and model for whom the "Project"iles designed last week. -Michele Greppi
Posted by LauraK at 3:11 PM

I'm sure she'll look gorgeous in whatever he designs for her.

Hey - doesn't the PR website say that this is going to be one of the challenges? Now we know who won - and well deserved too - I'm sure.

That's awesome! Hopefully someone here can answer something else for me. Anyone know who designed Heidi's Golden Globes dress? I can't find that info anywhere & wonder if it was someone on PR!

Well, we know she won't be wearing a bra, so he'd better be prepared to hoist those sisters up!

I know what you mean grudge girl. I see that face and all I can think of is "Oh yes, the girl who doesn't wear a bra...." I can't help it!

This is an interesting bit of news, but it totally ruins at least one-half of the suspense for the end of an upcoming episode. I can't believe they published who the winner was!

Okay relax everyone. To the best of my knowledge, this has nothing to do with any challenge on Project Runway - But I will confirm.