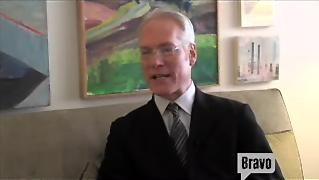 There are two new videos on the official Bravo site. You can find them here and here. We're wondering, since the coding has changed on these videos, if they now can be viewed by our readers that are Mac users. Let us know!

P.S. to people from the BPR tour. Does this location look familiar?
Posted by The Scarlett at 5:56 AM

I just watched this video — on my Mac! Woo!

As another Mac user I am pleased to be able to watch these new videos from Bravo. Hope they continue to use this format.

This is crazy. On the PR site the videos used to be jumpy, start and stop. Now the video's play great if I access them from BPR but won't play if I try to access them from PR.
Thanks to you I can see them now. I'm going to have Geek Squad out to try to figure this out for the long term.
Brenda

Yes it was VERY dusty, wasn't it?

I'll have to watch this from home later (work is blocking it) but I find it interesting that BPR has so much more current news and updates than the Bravo site-you would think that now that they are shooting, they would at least acknowledge that Season 3 exists, no? Thank you to the BPR team and the fellow bloggers for keeping me addicted & updated!!

THanks for the update! Some great words from Tim.

I missed check up on you guys. I just flew in CA a few days ago to visit family. What should I check out?

Isnt' it wierd that they haven't made a website for season three? I mean last year it was a very expansive time between the time they gave out contestant information on the site, and the time the show began...I just wanna' see thier faces!!!

Chris - We've been on the lookout for the S3 website for a while now and expect it to be up soon. There is a much more compact time frame this season compared to the last two.

I'm guessing they filmed their promos and did photo shoots of the new cast late last week. It will take a bit of time to pull all of that together and get it posted.

They still have not confirmed a definitive start date yet, either. The big marketing blast will probably hit us all at once. Hopefully soon!

I'm a Mac user and I wasn't able to view video on the Bravo site. Whenever I click on the links on this site, iTunes is launched. I'm disappointed :(