This is from a dedicated Project Runway fan! 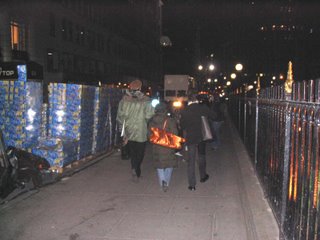 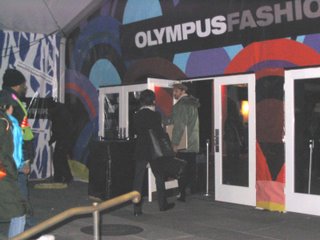 I don't normally don't watch much "Reality TV", but Project Runway is so different. I figured out a few things from watching season one: When is Olympus Fashion Week, What time is the Project Runway Show and When do the designers arrive at the tent??

I made a reservation for Thursday night, so I could be at the tent Friday morning, before the Big 3 arrived. I still didn't know who the 3 were, there were still 4 contestants at that time..

I arrived at the tent before 6:00AM, it was very cold, there were a few people across the street in a lighted area huddling together waiting to get in. I assumed they worked in the tent, a few minutes went by and they all went in. I found myself alone, I really thought there would be press or other "fans" there too, but NO, just moi.

I stood back against the wall near the enterance, a van pulled up, men were unloading several large boxes (which I would learn later, contained the 3 collections!) I moved across the street, I didn't want to get in the way. A few more minutes went by and another van pulled up. It was them!! I waited a few minutes and went back across the street, the TV guys got out, I could see everyone in the van clearly. I heard the TV guys say they would take the contestants in through the front entrance. They all got out of the van, I so wanted to take pictures and go over to them, but didn't want to intrude on their big moment. I just wanted to be in the moment and observe. As they walked by me, Daniel was the closest to me. I really wanted to say something, but I was frozen. I don't know where the words came from, but I said "Good luck Daniel", he kinda turned toward me, not missing a step and said, "Thank you so much."

As they were walking away I took a picture. I also wanted to take a picture of them as they entered the tent, so I followed at a distance. I got my pic and left very happy. (I almost ran in to Kara and another person as I went down the steps.) Again, I was very Happy.

I came back later and watched the show on the TV at the entrance of the tent, then went to the side entrance to wait for everyone to come out. I got many great pictures of most of the contestants and even one with Daniel, Nick and Jay!! It was so worth my train ticket $$ and hotel stay $$$, I have many great memories and many great pics. 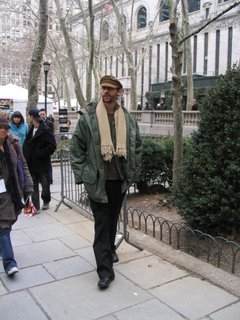 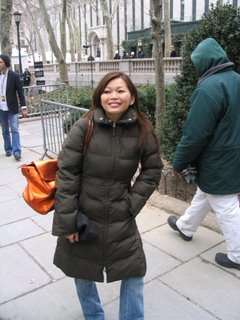 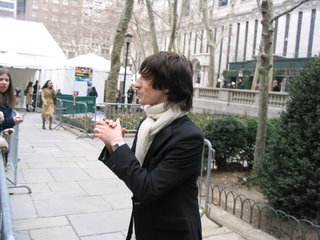 I guess its clear to everyone who I'm rooting for. Daniel just seems like a really kind person, he showed compassion and kindness to his fellow designers as well as the models. If he doesn't win, I may stop believing in Karma. As a fellow gay man in a "Bible Belt" area, I see Daniel as a great role model for us all. 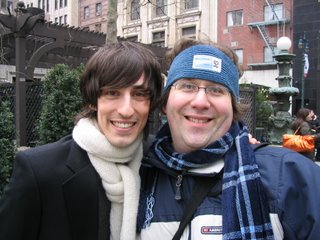 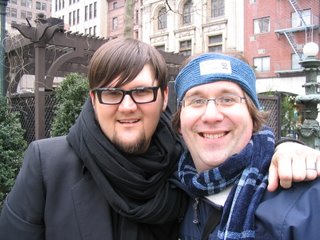 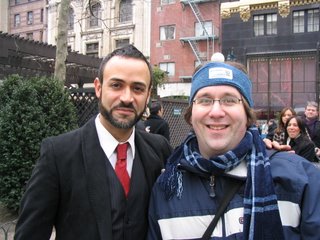 Nick looks so handsome in that suit.

adriana, you read my mind. nick is soooooo handsome.

Can i say jealous. It is never good to be jealous, but right now, I wish I had been there. I don't know what I would have done though. I too might have been 'frozen' as I saw them. How have these three designers(plus others) become such celebrities to us. It is kind of crazy, but I think it is a great thing. They are all great role models unlike some other celebrities out there. And I am glad you had that amazing experience, I am sure it was more than worth it all.

In the immortal words of Napoleon Dynomite, "Lucky!"

Great telling of your accounts and thanks for the pictures! Looks like oyu had a blast.

Whoa, Nick is sizzlin'! And, Jay is looking mighty chic.

Oh, and Jerry, this was very cool of you to share! Thanks!

Bet more people will show up next year! What great picutres- Nick does look fabulous- he took "designer" to heart that day and made the top three look like worker bees.... Love the pic with Jay. How fun.... where's Andrae!?

Jerry...thanks so much for sharing. I am pea green with envy!!

how hot is nick? damn the gays! they got the hottest guys. except for george clooney. great photos. lucky ba$ta@#d.